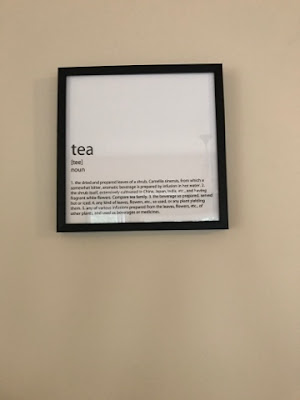 Blogging is a process.  I wish it was as simple as write and click the "publish" button.  I think I have done that too, but on re-reads, I think about all the edits I should have made.  Over time, I have come to write a blog, over several days.  Emotions change in time and what started the blog may seem irrelevant at the end, but it is what it is.  As a writer, I have to figure out a way to make it all gel.  This is such a blog.  It started a couple of weeks ago.  Have at it...

Does one dedicate a whole post to the topic of tea?  When my niece asked me this weekend, "Aunty?  How much tea is too much to drink?" I thought to myself that it was absolutely appropriate to write a post on tea.  The tea drinkers in my audience know my answer to my niece's question, but for those of you who don't know, I'll enlighten you.  Answer:  No one knows.  It's never been done before!

One of cousins, a few years ago, once commented that tea tasted like hot chocolate!  My other cousin at the wedding told me about her tea with loads of fresh mint and ginger.  She pretty much was a purist.  She refused to try anything other than what she made.  My other cousin argued at the wedding that the tea (which was perfect to me) lacked ginger and had a lot of cardamon.  What's the right way to make tea?  Now that is a deeply personal topic.  Yes, that's tea for you.  So, I thought I would explore my relationship with this plant.

Here I am a few days later, at the Columbus airport, thinking about catching up on my blogs.  I thought I would write a new blog - about tea cups and then I log on to see this post still in draft form. Yes, I would say tea is an important part of my life and my travels.  It all comes back to tea! 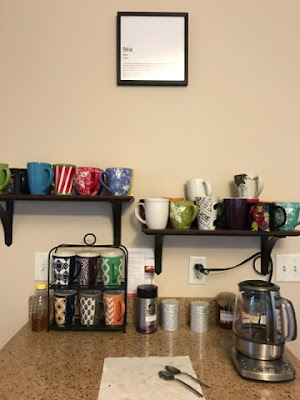 While most people have a very personal relationship with tea, I feel I have my own thoughts about this.  I'm not as picky as some.  I'm sure people would not classify me as a tea enthusiast for after all, a tea enthusiast likes his/her tea a certain way and there are no other options for them.  The "my way or the highway" tea enthusiasts.  I'm more of an "any thing goes as long as it's tea" person.  So, I'll try different flavors.  I'll try them with cream, without cream, with sugar, with honey.  I like my tea sweet so that makes me a bit picky about my tea, but I feel my eccentricity comes from the tea cup.  I love tea cups and I love to have different teas in different cups depending on my mood.  It's really a process.

As you can see in the picture on the right, that's my tea center at home.  Do I have enough cups?  Well, my cupboards are filled with cups also.  I need to figure out a rotation pattern, but anyway, drinking tea is an experience.  There are stages to it.  First step, what flavor?  I do a lot of Teavana and I love their Earl Grey Creme.  I call it "Earl Grey on steroids!"  Yep.  That good! 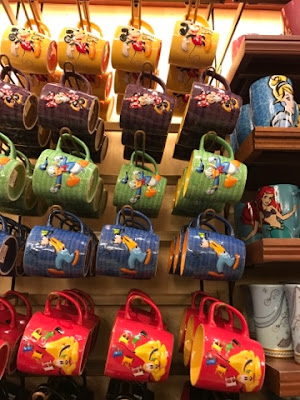 Step 2:  I would look at my cups; as you can see my shelves are overflowing.  I will think about what cup I feel like and if that cup would be a good choice for the flavor of tea I have picked.  I can't have enough cups.
Step 3:  Brew the tea and watch the tea maker do its job.  I don't watch most days.  When I first received the tea maker as a wedding gift, I would love to just stand and watch it, but now, I trust the process.
Step 4:  Sweeten with honey.
Step 5:  Drink.  Mostly I drink while watching TV with my husband.  I also make tea and drink mostly when I'm typing up blogs or writing my play or just anything on the computer.

Recently I went to Disney World and I wanted a set of Mickey, Minnie, Donald, Daisy, Pluto and Goofy mugs.  Well, they didn't have Daisy.  The set was not complete.  The mugs were so cute though.  I thought that I would regret not buying these mugs when I was there.  I don't know.  I do and I do not.  I like the color choices on these, but it is what it is.  I took these pictures and texted my husband.  "What do you think?" I asked him.  He liked them.  He texted back that we did not have the space.  He said that we had enough mugs already.  Ahhh.  I hate when he's right.  I texted letting him know that I really liked them a lot. 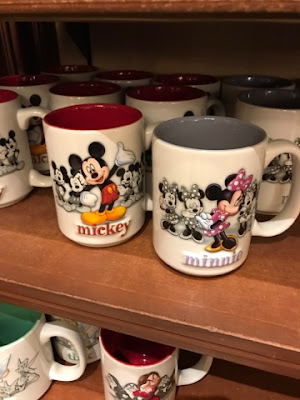 OH and then I also found these other mugs.

The Mickey/Minnie set on the right.  Now, I was caught in a total web of wanting it all.  Finally I get the text from my husband and he says, fine, buy them all.  As luck would have it, after all that, I did not have the time to buy the 5 character cups.  We were running majorly late for our dinner reservation.  So, I just bought the matching Mickey/Minnie cups.  Don't you think they are adorable?

When my husband saw them last night, he said, "Oh!  His and Her mugs!"  I guess this picture I texted didn't bring home the message.  Seeing them in person was a different experience I guess.  Yep!  And this morning, he had tea in the Mickey mug.  Oh!  I will drink out of Mickey too, when the tea is right and my mood is perfect.  But for now, I have these 2 guys gracing my little tea center in my home.

So, did I mention I am writing this post from the Columbus airport.  My usual habit when I'm in an airport - coffee.  Don't judge.  Starbuck's tall white choc. mocha is more of a habit.  It's like I buy it just because.  And what prompts this post?

Starbucks has a line of cups with cities and states on it.  They look super cute.  I've been eyeing them for over a year now, since Starbucks released the issue.  Every time I'm at an airport and at a starbucks, I look at the cup and think if I should start my Starbucks city/state collection.  A voice in my head says, "It's not too late!" and another voice says, "No room.  There's no way!" and today a voice said something different.  "How about take a picture of the cup?"  Hmmm.  Not a bad idea, but then somehow, I feel I have moved on.  Maybe.  Just maybe I have moved on.  Who knows?  My next stop in Kansas City and a Starbucks there will have me re-thinking the Starbucks cup collection yet again.

I can't have the cups.  I can, but I can't!  You understand?  I'm not completely for the picture idea either.  So, here I am blogging about it.  And in the process I'm able to finish my original post about tea.  There's no wrong answer when it comes to tea.  The only wrong answer is if someone says no!

I will end with my lecture at Kansas City.  As I was walking down the aisle of the lecture hall to set up, I saw a student carrying a super cute tea mug.  I turned around.  Trying to get a view at this mug, as she was departing and several students were flooding in.  I finally got a glimpse.  It was "the" starbucks mug, for the collection I wanted to start.  It had New Mexico, written on it.  I smiled.  I was going to visit New Mexico next March.  Was the Universe trying to say something to me?

For now, I'm back home.  Trying to edit a blog and decide on what tea to make.  Hope your weekend is great!